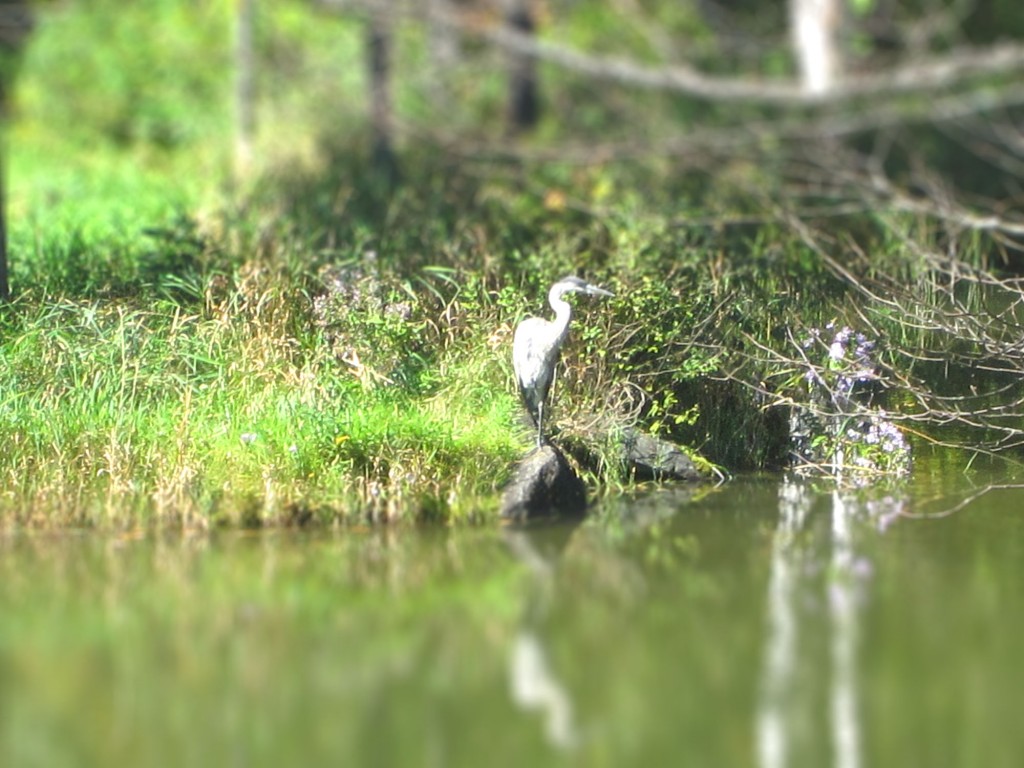 As we head deeper into autumn and begin inching toward winter, I wanted to post one pic from earlier in the season. Had fun one morning watching this blue heron from my writing desk. For two hours it slowly stalked its way around the perimeter of my pond. So unlike the winter mink–who dashes across the open space, dips beneath the ice, and races back to the woods with its golden catch–the heron takes its time, a slow-motion film that betrays itself from time to time with lightning jabs.

From early spring through early fall, it only visits a handful of times, so it’s always special. Of all birds, the blue heron strikes me as the most reptilian, the most ancient, and somehow among the most majestic, with its great eye (you only ever see one) always wide in silent amazement and its serpentine neck a graceful S that shrinks and stretches to its own rhythm. Whoever first made the bird-dinosaur connection must have been watching a heron at the time.

As it often does, it appeared first as a shadow, swooping in beneath the morning sun, gliding in low after winging its way up from the river in the valley. It usually goes after the koi, spearing the fish with its harpoon beak, but on this day, exceptionally hot for late September, it seemed more interested in the frogs hiding in the edges.

It circled the entire pond, snacking the whole way. I usually see it when it goes, sailing out and down through the meadow below the pond on remarkable wings, but on this day after finishing its trip, it just disappeared without saying goodbye as I went about my work.