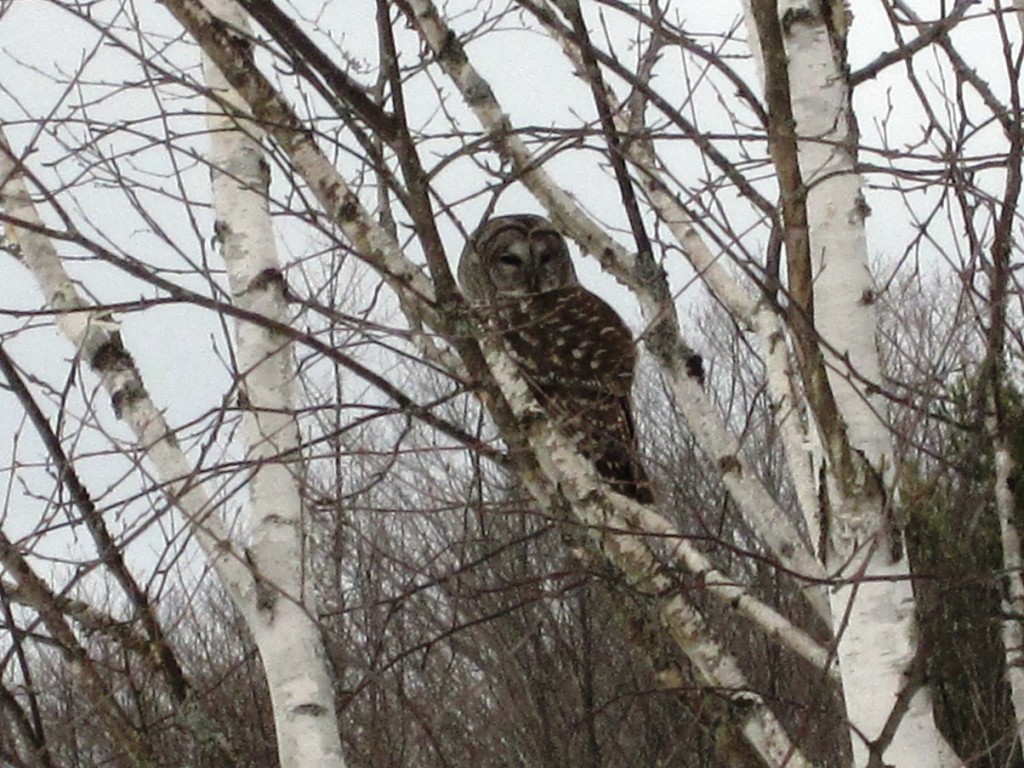 In a recent post for The Vermont Bookshelf, I gave readers a little peek at my writing digs. In the piece, I mentioned an owl had been coming for a weekly visit, and sure enough–a few days after I posted the article–it returned, closer this time, on the near side of the pond, swooping around the corner between the garage and the woodshed and up into the birches about twelve yards away from my window. I managed to snap a quick pic for my Facebook page. It was a huge hit. There’s something alien and ethereal about these shy creatures. 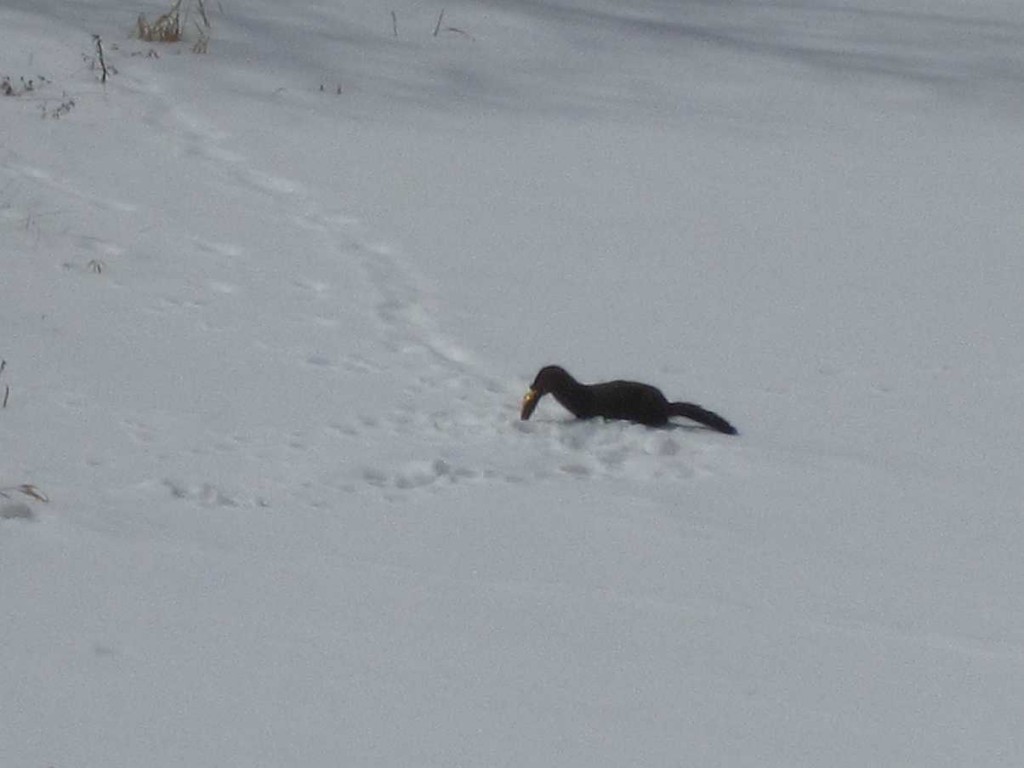 I still see my friend winging about the neighborhood from time to time, but lately I have had another frequent visitor: what I assume to be a mink (or are there two of them?) has been coming to the pond to catch fish. The mink have been coming for several years now, often around this time of year when the pond ice is just starting to open up along the edges. The fish are still in their winter sleep, easy pickings–like shopping in a supermarket, I imagine–and a good reward for lasting through the long winter. The giant small-mouth bass I once had in the pond got cleaned out a few years ago by this mink (or his parents) and the rest were lost when I had the pond drained and scraped out that summer. But several koi from a larger pond up above, introduced years ago by the family that once lived in the house next door, wash down from time to time, often growing to great size. I’ve watched blue herons spear them along the edges in summer, but it seems the mink has a taste for them, as well. Of course, it doesn’t hurt that the koi–giant versions of the goldfish I used to keep as a boy–must stand out like golden flames in the water’s dark.

I’ve tried to grab a few photos over the last couple days from my desk, but the clever mink are too quick and too far away to get much beyond these grainy shots. Still, it’s been a nice distraction watching the inky curls bound through the March snow, and even more entertaining watching them drag the stunned orange carp nearly as big as themselves. Another little reminder that winter’s hold will soon be letting go.

(Click on any of the pictures for a bigger image.) 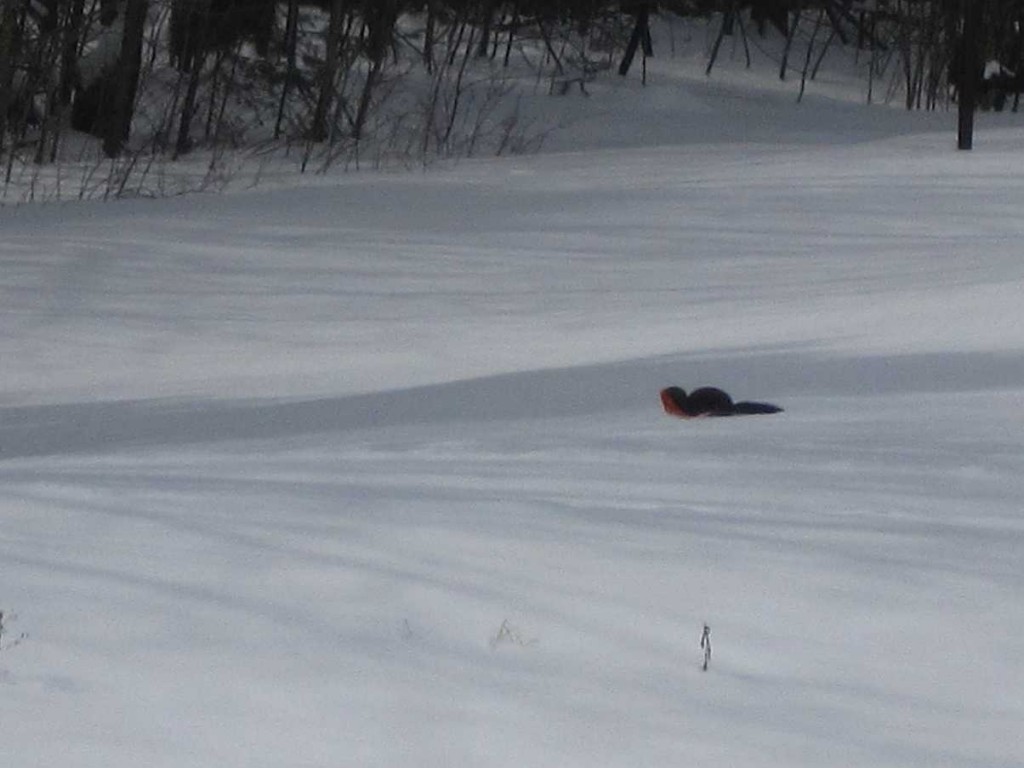